In this post we are going to explore ASP.NET as open source web framework. First of all we will differentiate between .NET Framework(ASP.NET 4.6) & .NET Core(ASP.NET 5.0).

After that we will get basic overview ASP.NET Core 1.0 with creating a sample application.

From above figure we can see that ASP.Net has two variation, one is .Net Framework which is now updated to version 4.6 or later by which we can create ASP.Net Web Form, MVC, Web API applications & another one is newly created open source WEB Framework(.Net Core) that can run & develop on cross platform (Windows, Linus, Mac).

Get started with .NET Core:  We will now get described how we can enabled .NET Core on our development PC. 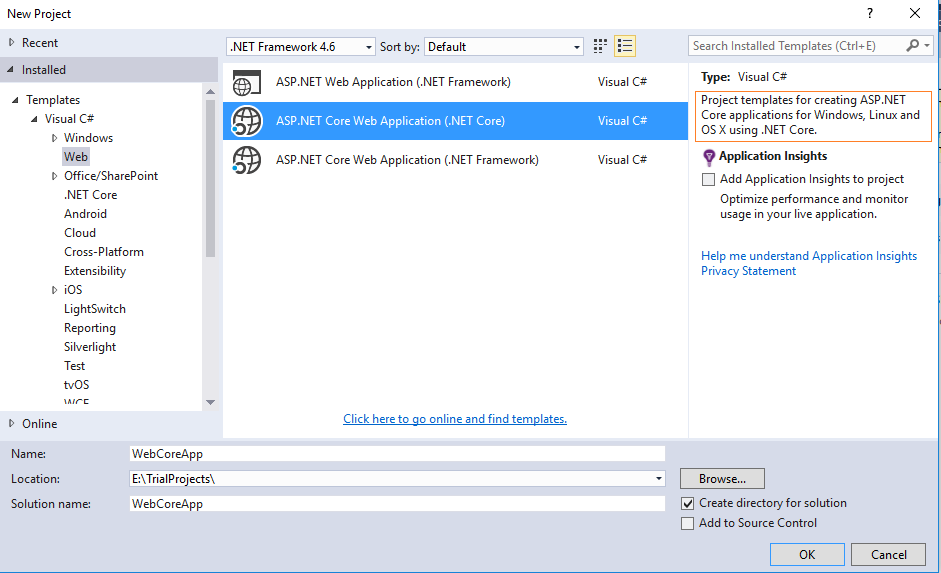 Click OK & choose a template in this case we are going to select an empty ASP.NET Core Template. 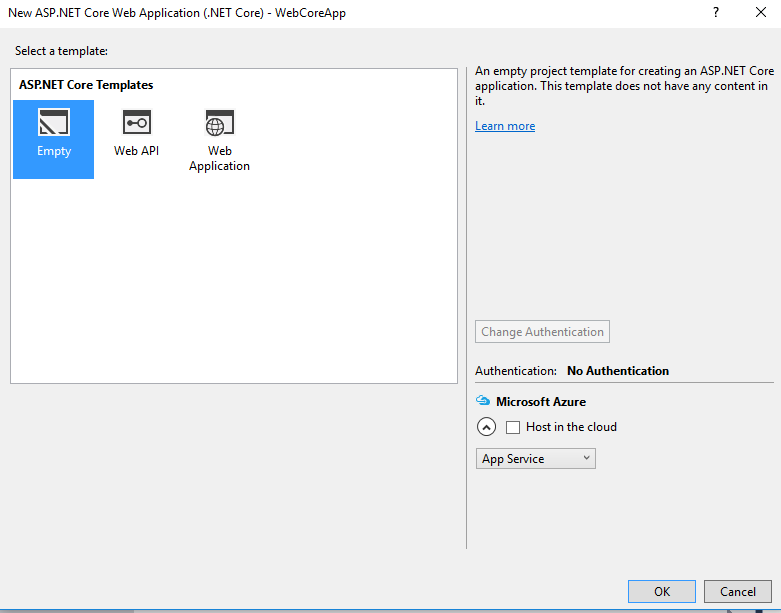 Finally we can see the welcome screen of sample app.

In Output tab we can see the package restored successfully. Let’s explore the app solution folder. 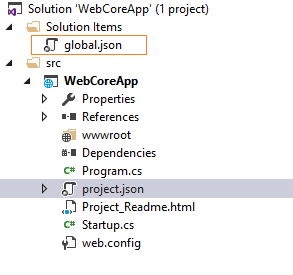 In Solution Items there is a file named global.json which contained below code snippet which is actually settings of whole solution.

“projects”: [ “src”, “test” ] – is array type which specifies a list of project folder that are included in this solution.

Specifies SDK information along with SDK version, this has also specify another two properties – architecture & runtime.

Let’s get explained about Project.json 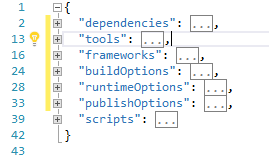 “dependencies”: It define which dependency package are required to run the application. 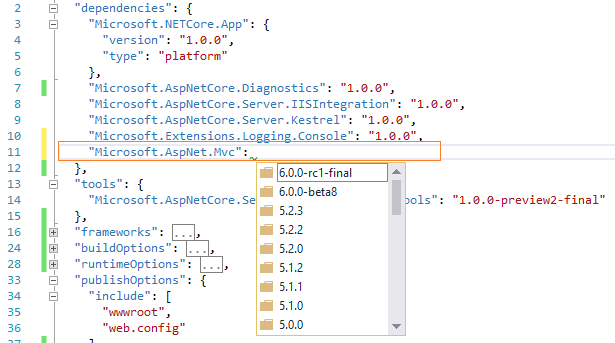 “frameworks”: Defines target frameworks that will be built.

“buildOptions”: Define options that are passed to the compiler. 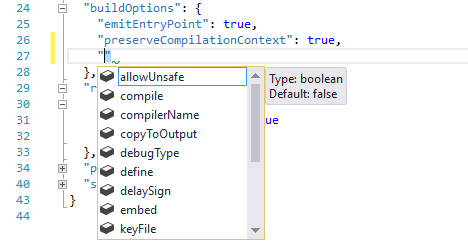 “publishOptions”: This define the file/folder to include/exclude to/from the output folder while publish the application.

“scripts”: Scripts is object type which specifies that scripts to run during build or publish the application.

.UseContentRoot(Directory.GetCurrentDirectory()) : Application base path that specifying path to root directory of the application.

The web root path defaults to <content root>/wwwroot, but you can specify a different location using the WebHostBuilder.

.UseIISIntegration() : For hosting in IIS and IIS Express. 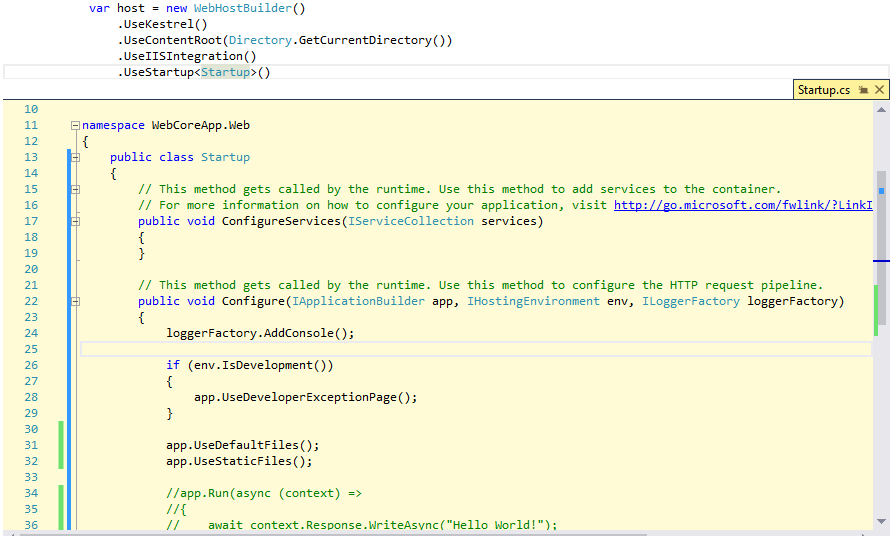 .Build() : The Build and Run methods build the IWebHost that will host the app and start it listening for incoming HTTP requests.

That’s all for now, next part we will focus on ASP.Net MVC & Client Side Dependencies.

Hope this will help 🙂